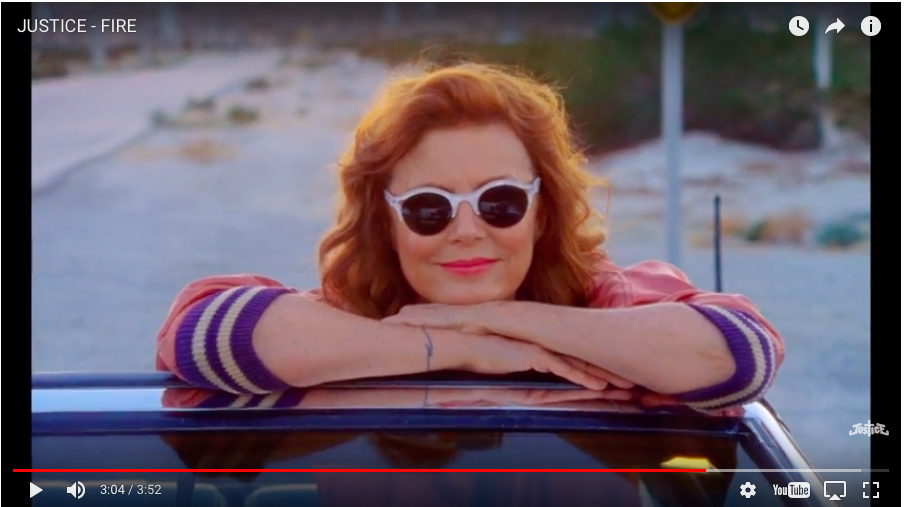 Justice channel the spirit of Thelma & Louise in the video for new single, “Fire,” from the band’s third LP, Woman. In the video, Susan Sarandon plays a mechanic who takes the French duo on a convertible cruise through the desert. Director Pascal Teixeira shot Sarandon dancing in slow-motion and driving down a long road flanked by wind turbines.”The car design, the make, where that could take place, how much soap, the mood, the sun, and there should be a woman to go cruising with, an iconic mix of cool, allure and strength. [And] Susan Sarandon of course!” Sarandon starred in the 1991 classic escape film, Thelma & Louise.